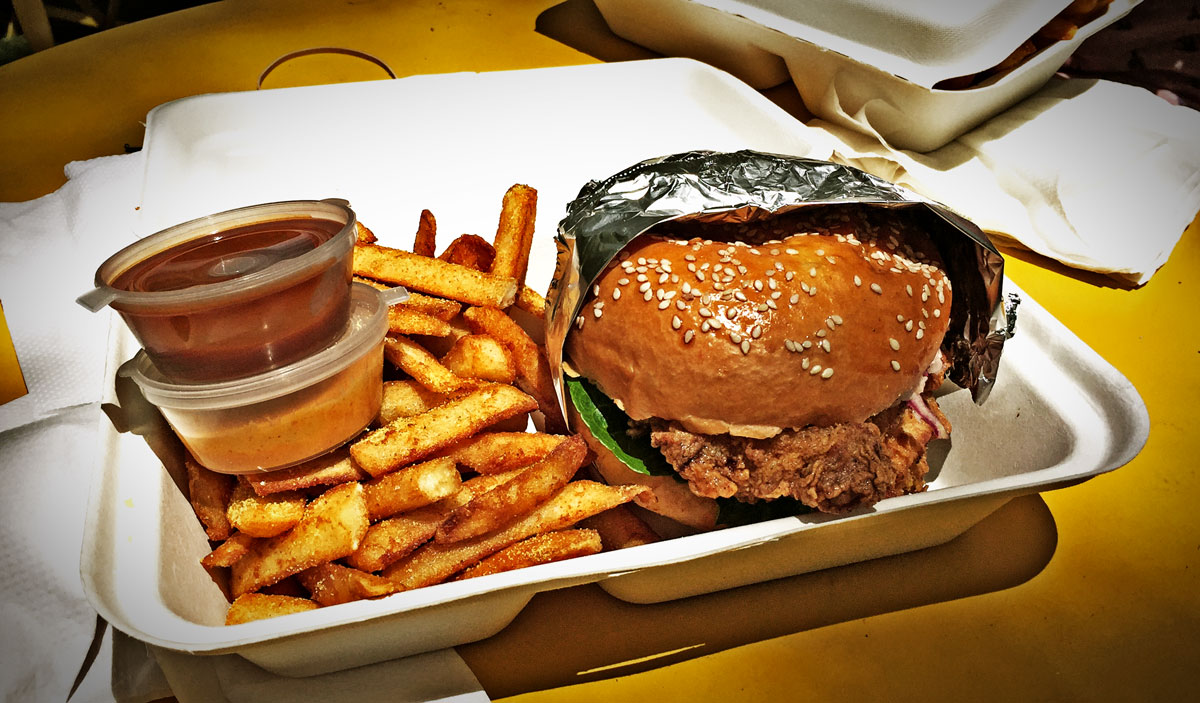 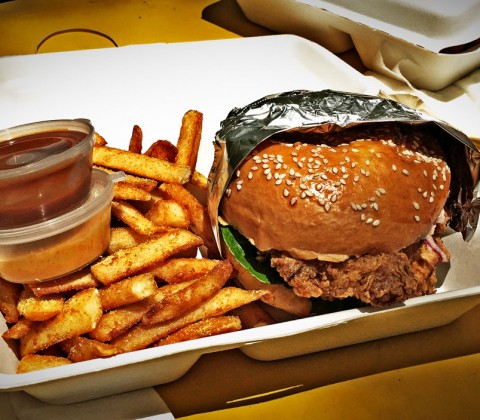 Purveyor: North Burger, Sydney NSW Australia (no website but you can find them on Bridge St.)

Squawk: We have a friend who has been telling us this place needs to jump to the top of our “To Try” list for months. In fact when they first discovered it for themselves they immediately told us they found a solid 9-10 – and possibly the Best Burger Awards Winner for 2015. Were they right? Read on fatty. Read on. 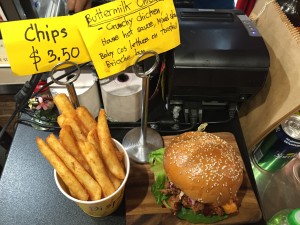 Do not be fooled. This is not a real Chicken Burger. It’s plastic. Don’t ask us how we know.

First of all lets get one thing out into the open. This isn’t a chain, restaurant, pub or cafe. It’s a shithole-in-the-wall in a shithole of a food court in a shithole of a mall. All of which makes the fact that they serve up such a good burger even more amazing. We have a general rule about Mexican food if anyone cares, and that is that, generally, the worse looking the place, the better the food. So far none of the Holy-Cluck Reviewer Team have gotten sick from Mexican food. Water? Now that’s another story, but we digress. Point is, sometimes the worst looking places surprise you.

This burger comes with three different pieces of succulent fried chicken meat: leg, breast and thigh. Something for everyone. Especially if you’re hungry. The meat is juicy and crunchy and damn near perfect. Overall the burger has a nice balance of moistness without being drippy, so if you forget to snag some napkins, chances are you’ll still be able to shake hands with someone and not feel like a dick after you eat. Maybe just bump fists though to be safe. But again, we digress. The red cabbage and carrot slaw has the right texture and amount of mayo to make you think it just might be good for you.

And finally, the chips. North Burger has those nice crispy chips with that delicious golden coating – almost like a little rosti. We know these come frozen in a bag and that golden colour might not be real, but we don’t care. They’re nice. And they have a shaker of chook salt at the counter if you’re into that sort of thing. 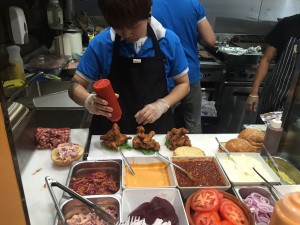 Buaawk: Considering this burger has no cheese or bacon, they’ve created quite a contender. Generally speaking we were impressed, however, their choice of that fake barbecue sauce added too much sweetness. This is a mistake we keep seeing people make. They do serve their own “House Hot Sauce,” and it’s nice for dipping your chips into, but the burger would be so much better with a little heat, as suggested by our fellow reviewer. El Yucateca red would’ve been perfect, which they allegedly have on hand most days, but not today. Maybe everyone used it up trying to mask out that fake BBQ sauce. Oh, and did we mention its in a shithole of a food court in a shithole of a mall? Yeah.