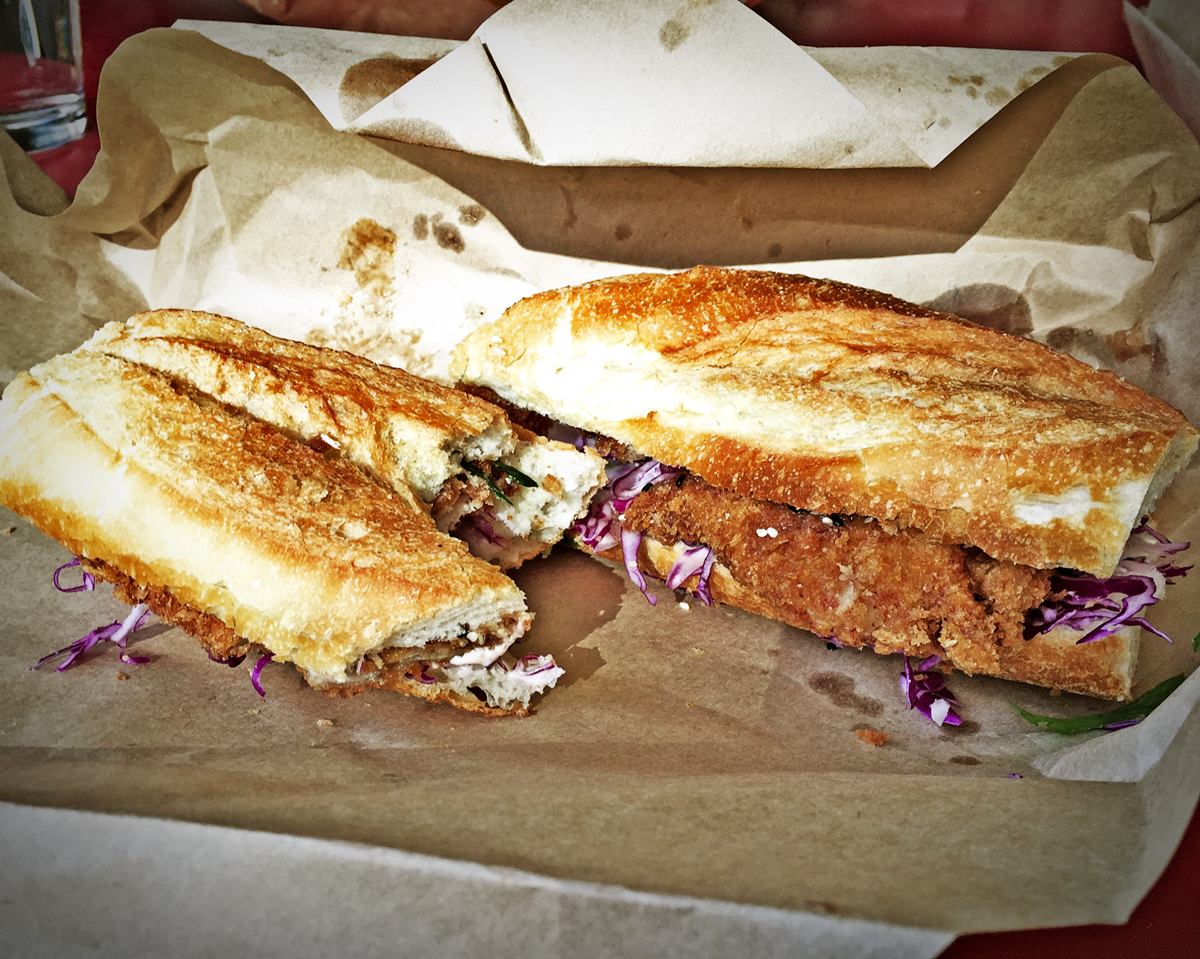 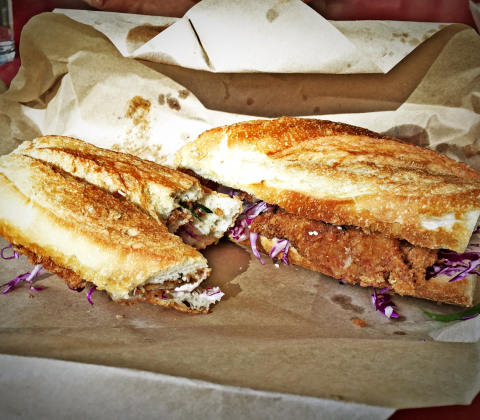 On by Eran Thomson With 1 Comments - Chicken, Restaurant, Sandwich

Squawk: You gotta hand it to these guys. They do one thing, and they do it well. OK – maybe they do three or four things, but really the Katsu Chicken Sandwich is the star at this tiny little place and people line up for it. The chicken is perfect. And the sandwich is simple: Chicken, bread and slaw. This is both its beauty and its (partial) downfall.

Buaawk: The bread rolls are nice, but a bit too hard – they can actually hurt the roof of your mouth and the ratio of middle to bread is too low for us. We’d like to see more of their nice slaw in there, maybe something to soften up both sides of the bread. Eating this one is a chewy, but worthwhile endeavour. 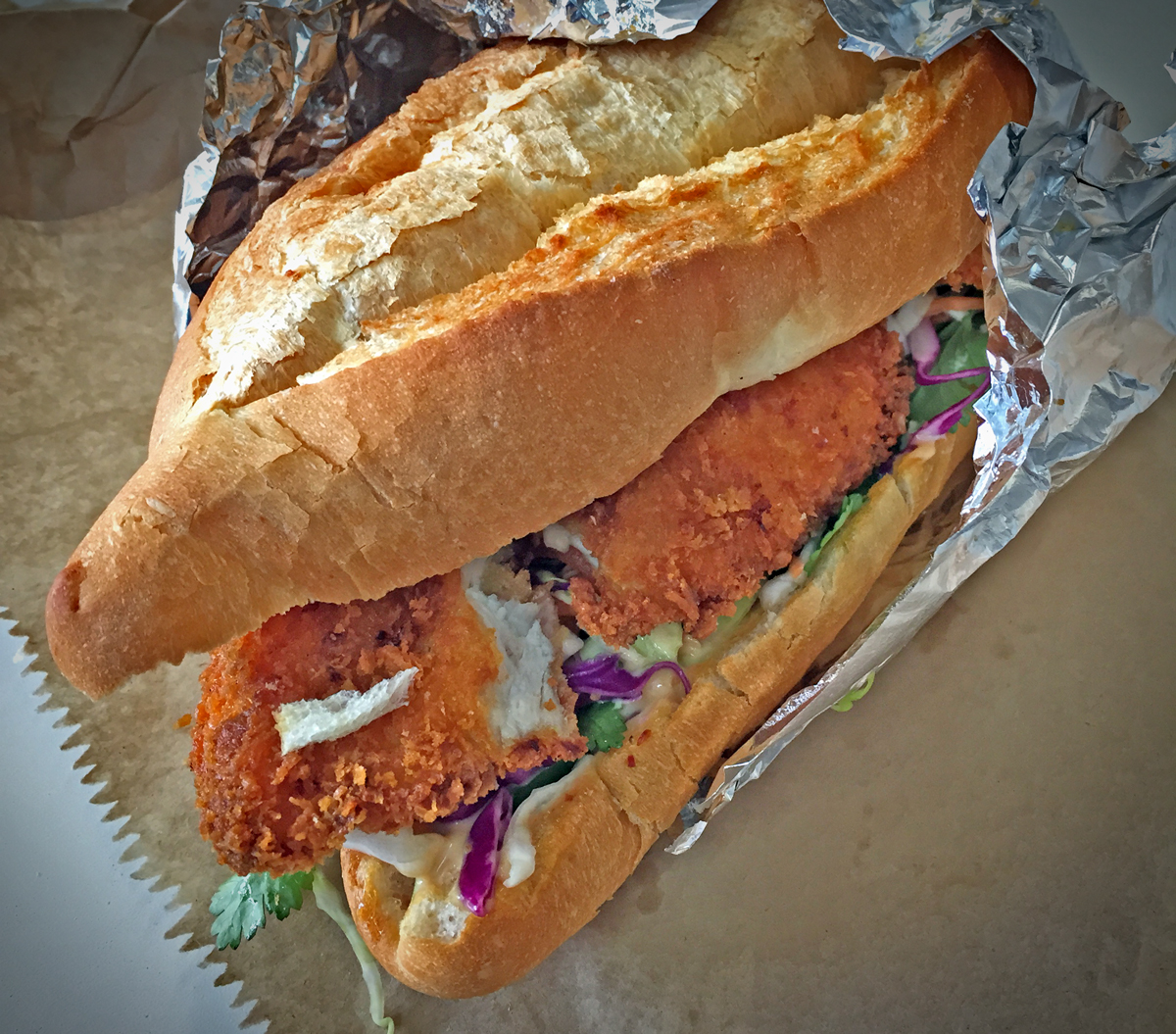 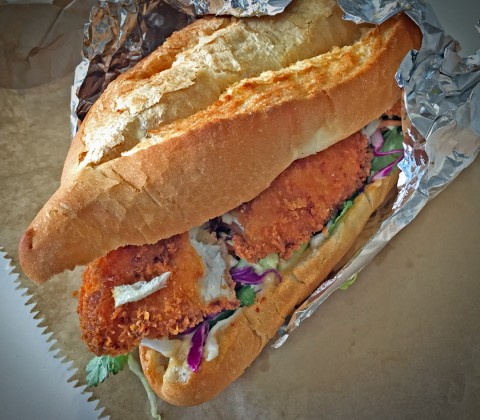